I don’t think David nor I intended to get into the electronic conversion of old Lucas voltage regulators.  It seems like most things it just happened by accident.  I have a 1953 MG TD and when the regulator died I bought a new after-market one from a well-known vender.  It failed shortly after going into service so I bought another one with similar results.  What is it they say about insanity, “doing the same thing over and over expecting a different result”?  It was with total frustration that I called my son Chris.  He is a graduate level electronics engineer working for US Navy Air.  We talked about solutions and he said if I could get him specs on how a Lucas mechanical voltage regulator worked he would design an alternative electronic solution.  He thought this might be a fun “simple” project.  He said the project was fun and challenging but not simple.  We decided to go solid state/digital for maximum performance and reliability.  He designed a circuit board with firmware to match my specific requirements that would fit nicely inside my old Lucas case so we could “stealth” its appearance.  After three prototypes and 18 months of design and redesign we had a bullet proof-working model.  I put it in my TD and wow what a difference!  It charged smoothly and consistently.  My battery never over or under charged and it protected my generator.

The word got out in our car club and before I knew it others wanted one as well.
I asked fellow club member and friend David Ahrendt who is a retired electronics engineer if he had any interest in partnering with me to make some more of these.   It sounded like something fun to do plus we could help other British car enthusiasts maintain their original charging systems as well.  We decided if we were going to do this we would try to do it right.  We started with a hundred circuit boards and enough parts to fill most of them.  We bought everything we could from USA or premium quality European vendors.  Our first rule was to try to avoid cheap “third” world stuff.  We named our endeavor Vintage Mecha-Tronics.  I am not sure why it was just the first name we could find that hadn’t been used before.

It’s been almost 2 years now and based on increased interest from the Jaguar and Austin Healy owners and with the help of some newer technology we began developing a Generation 2 product.  Nothing is wrong with our first generation product but it was not ideal for use in heavier amp load vehicles like, Jaguars, Healy’s, and Bentleys etc.  We have completed the beta testing and can now offer, with confidence an electronic/digital conversion for virtually any Lucas generated charging system.  Our only limit is we must fit it under the cover.

We try to improve the original appearance all the regulator bodies prior to installing our electronic conversion.  This makes it possible, if the owner still has it to use the car’s original date code correct regulator body.  Cleaning these up is part of my job.  I strip out the original components, bead-blast all the contacts, screws and bail wires, clean and clear coat anything needed and actually buff the Bakelite bodies.  Then I prepare them for the new circuit boards, which includes drilling, tapping and installing the standoff mountings.

David is the electronics expert; he actually completes the building of the conversion units so they meet the specific requirements for that car and installs the units into the regulator bases,  teaks the firmware and conducts extensive testing prior to shipping.

The most rewarding part of this endeavor has been talking with and assisting fellow car enthusiasts all over the world and dealing with some noteworthy vehicles.

For example, we just did a design and install for a gentleman in Canada with a 1937 MG SA.  The regulator was an early Lucas RJF 50.  This was a standard 2-bobbin regulator but it had an attached fuse and grounding system designed to serve the entire vehicle including any and all desired accessories.  It had 26 wire attaching posts.  This was a very challenging project but rewarding when finished.  He was very happy because he could keep his original date code correct regulator core.  Not to mention there are no NOS RJF 50s lying around anyway.  Frankly, virtually all these Lucas regulators are so old now even if you found a NOS one it probably wouldn’t work very well, if at all.

We just recently converted a Lucas cutout box on a 1936 MGTA to a regulator.  The customer had to remove the third brush in the generator and we had to find a way to get our electronics inside the cover of the Lucas CJR3 control box.  This also turned out to be quite a challenge.  This cut out box also served as the main wiring junction box.  It also has 26 grub screws underneath to connect virtually all the wiring in the car.  We not only had to “hide” our conversion inside a smaller cover we also had to retain the original logic of the cutout and expand it for use as a regulator.  While challenging, these kinds of projects are really the most fun and rewarding.  Now there is a MG TA that can be driven like a modern car and still look completely original under the bonnet.  Unfortunately this won’t make it go faster but it should go further.

Now that we have our Generation 2 product we are looking forward to retro fitting some early Rolls Royce’s, Bentleys and maybe a “Jaguar” SS or two.  These are the kind of projects that make this the most fun.  This product can also be used on early generator charged Jaguars including XK’s from 120s to Es’ and vertically all the Austin Healeys.  I don’t believe these owners had an affordable, viable option before if they wanted to retain their original charging systems with reliability.

I guess its really true necessity is the Mother of invention.  Moreover, when you retire how much yard work do you really want to do?  Besides, there is nothing more fun than just messing with cars, especially old British ones. 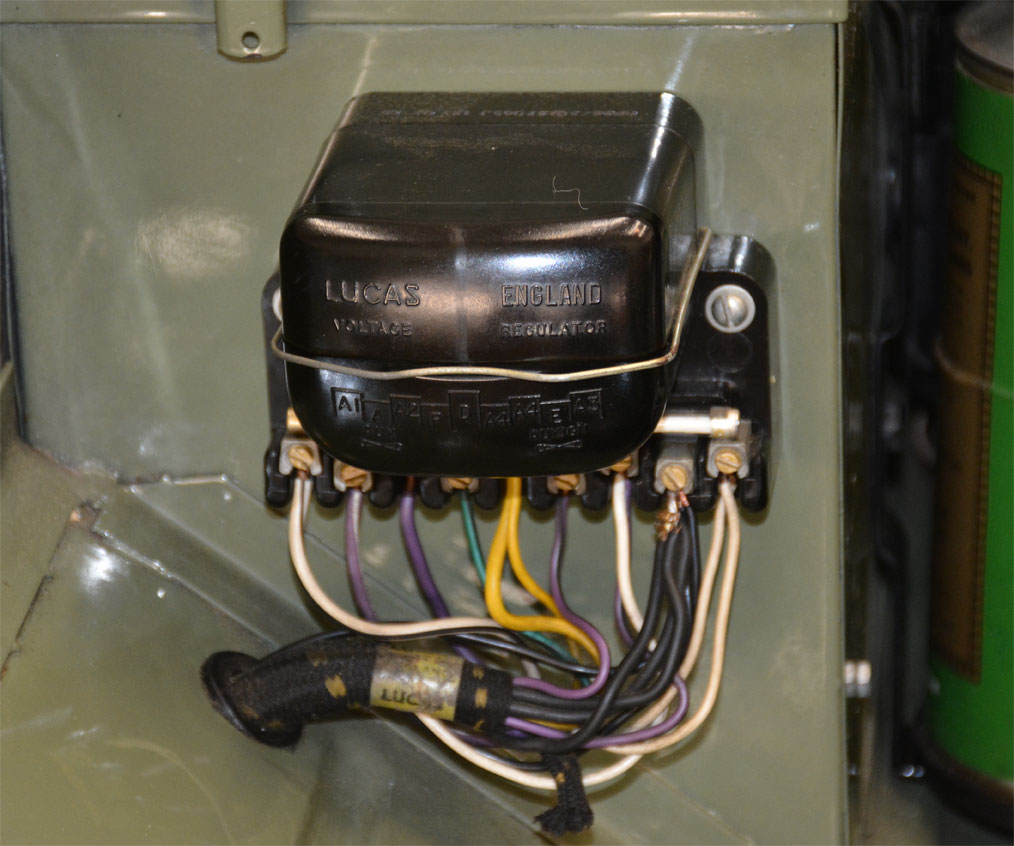 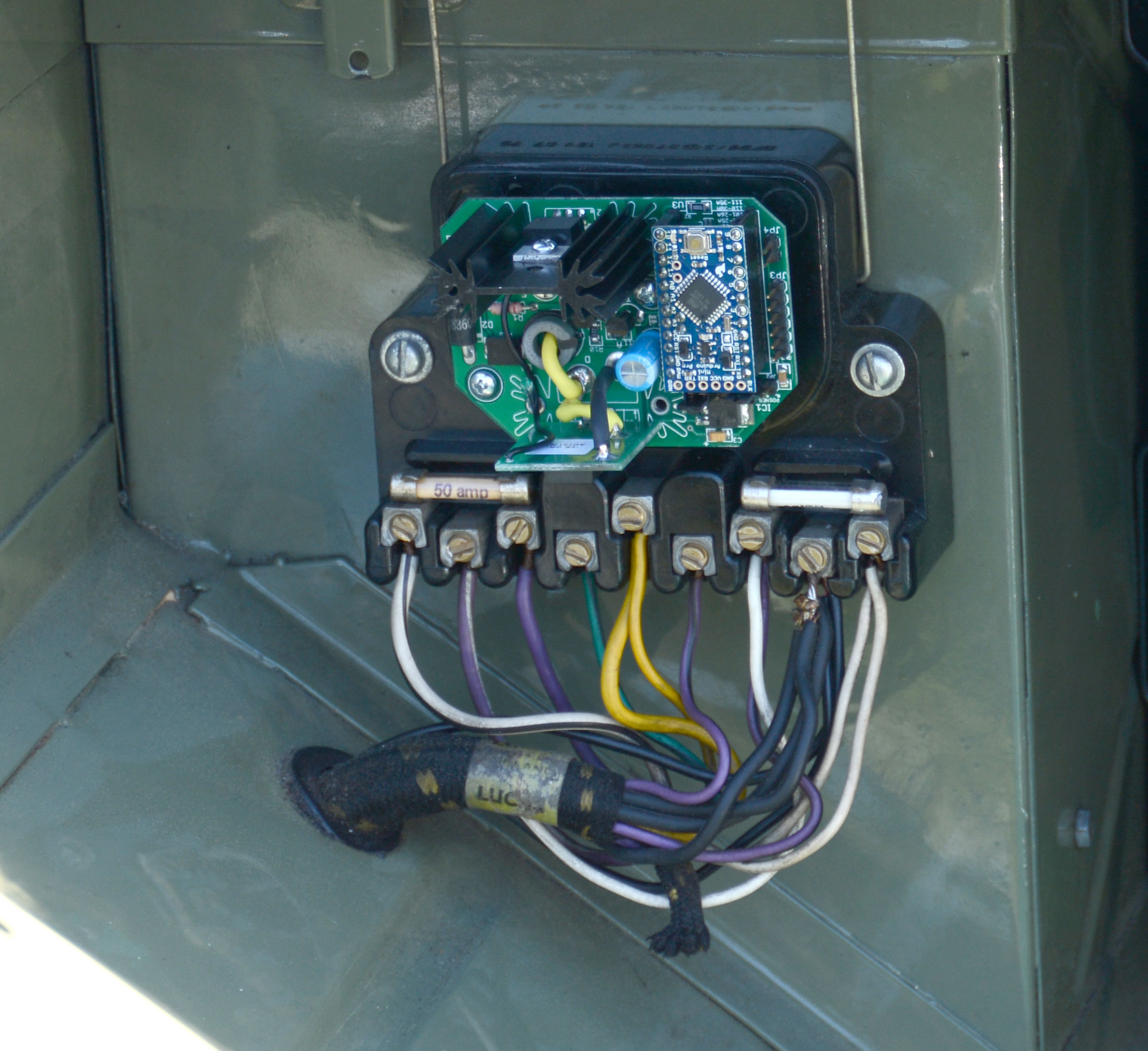